Video On Demand – Death to the DVD? 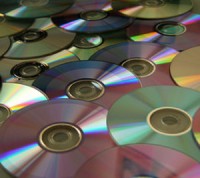 Video-on-demand is nothing new. The idea of streaming content to a computer has been around for several years now. But something’s changed… the idea is now a viable alternative to the DVD.

Since the humble record was invented in 1857, we have always owned content that we liked the most physically. Be it music, television, films or games, should you want to enjoy them over and over in you own home, you went to the shops and brought a physical version of the product.

Things started to change in the 90’s, when the internet first became vast and fast enough for you do actually download music to your computer (albeit at that time rather illegally). Fast forward a decade-and-a-half and music downloads have become the norm with digital outlets such as iTunes taking billions per year from it.

Of course the next step forward was video. iTunes started distributing films and TV shows a few years ago to mixed success. At first this was only available for download on your computer. You could stream it to an iPod if you wished, but few saw the attraction of watching a feature film on a 3.5 inch screen.

Roll-out the latest and greatest invention from the digital dreamers, streaming content not to your computer, but to your television. Now that could change everything.

Devices like Apple TV, Sony’s internet TV and Google’s recent venture into the market are offering consumers the chance to watch high quality TV and films straight in their front rooms for a minimal charge. You can watch an HD TV show for a little as 99p. You can rent movies for a little bit more. You can choose to watch once or multiple times and none of this takes up any physical or digital space as it is based purely on streaming media.

I am a fan of VoD, I think it’s a great idea. However, personally I didn’t expect it to make a big splash for a few year yet. I was wrong.

It’s already hurting the DVD industry which is declining  year-on-year by 8%. VoD is growing at a rate of 23% per year. The formats are still a way apart yet (DVD’s make a global sale of £7bn per year compared to VoD’s £1.01bn), but the fact remains that we are seeing a significant shift.

For example, lets take two of the most popular films of recent years. James Cameron’s Avatar was a smash at the cinema’s and sold over 6 million copies within three weeks of DVD release. However Disney’s Toy Story 3 was a record breaker at the box office, yet is selling poorly since it’s DVD release.

TV shows are also fairing badly at the moment with the latest series of Doctor Who only shifting 17,000 copies so far.

But perhaps there is a reason for this, we are now able to enjoy so much TV for free. You only have to log on to Channel 4’s 4oD service to see that a vast amount of the channel’s back catalogue is there for you to stream anytime you want, without paying a penny. And once again, if you have the right equipment, you can watch this on you big screen TV in the front room. Who needs to buy DVD’s?

So is it all doom and gloom for the DVD industry, of course not. Going back to the start of this article I mentioned how downloads now dominate music consumerism… but only just. CD’s still sell, particularly for albums. People like to have a physical version of their favourite tracks (especially as we know how unreliable hard drives can be). They also like to own it so they can listen anywhere without having to rely on an internet connection to stream their media.

And the biggest advantage that the DVD still has, it’s based on the traditional model of going to the shops and buying the content. People like what they know and they know where they stand with a DVD. VoD is still very much for early adopters at the moment. This will change, but I’m not sure it will kill off the DVD market any time soon. It will be reduced for sure (especially as everyone is now jumping on the VoD bandwagon from Disney to Sainsbury’s!) but there’s still a place for those discs and blu-ray’s for a little while yet.